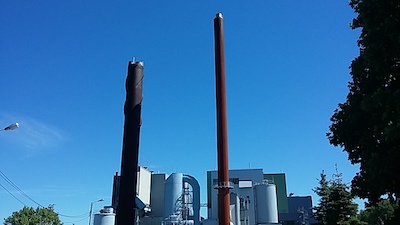 Porvoo Energy is a major regional producer and distributor of heat and electricity in southern Finland. Almost all of the district heat and power it generates today is based on 100% renewable energy sources. Porvoon Energia has several power plants and district heating pipe networks in the Porvoo area. The energy firm acquired full-service AHJO computerized maintenance management software from Masinotek.

The key criteria for the software acquisition was to obtain an extensive and comprehensive maintenance management software for Porvoo Energy, which also supports the operations of the boiler plants. The company has a very versatile energy production concept. District heat and electricity are produced at Porvoo Energy from both biomass and natural gas. Some peaker boiler plants use oil as fuel when necessary during peak heat consumption times. Porvoo Energy also uses both hydro and wind power plants in electricity generation.

During the procurement phase of the AHJO maintenance management software, emphasis was placed on the software's suitability for a wide range of operating situations. Both small and large plants had to be included in the same software and the software delivery and staff training had to be completed very short time without disrupting plant operations.

The training was arranged for the entire staff during one working day, so that the on-call staff on duty could also participate in the training without disrupting plant operations. As Porvoo Energy has a strong bilingual culture, it was agreed at the outset that entries in both the maintenance forms and the operating logs could be made in both Swedish and Finnish. From the beginning, most of the use and postings have been made almost exclusively on mobile devices directly from the field.

AHJO quickly established itself in Porvoo Energy's daily maintenance and inspection routines. Later, in co-operation with Pöyry PLC, an incident reporting process for boiler plant operation was added to the software, which can be used to collect data from the Key Performance Indicator (KPI) monitoring in relation to changes in production and deviations from optimal efficiency.